With daffodils and devotion, parishioners celebrate the Blessed Mother 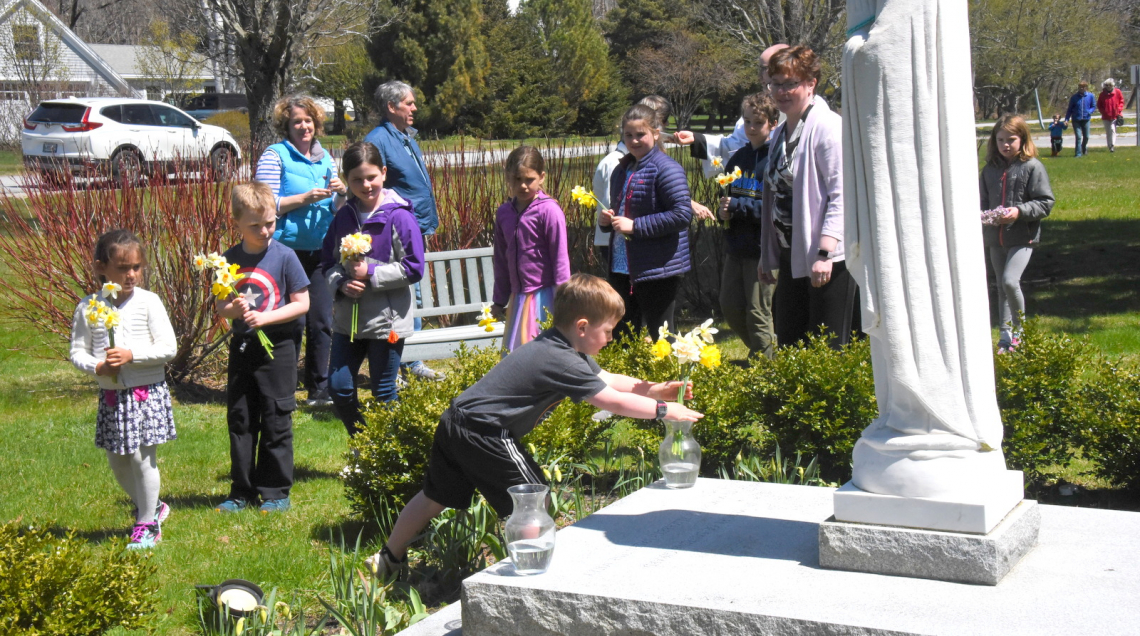 Continuing a beloved tradition, parishioners gathered around a statue of the Blessed Virgin Mary at St. Bartholomew Church in Cape Elizabeth for a Crowning of Mary ceremony.

The prayer service, held Sunday, May 1, began with children walking in procession to the statue, where they put daffodils in vases at Mary’s feet. Seven-year-old Skylar then reached as high as she could to place a crown of flowers on Mary’s head.

“We brought flowers to the statue of Mary and crowned Mary to celebrate Mary because she is the mother of Jesus,” said Elliot, age 11.

“Mary is very kind and sweet,” said Anna, age 8. “She is important to me because she agreed with God. Because, if she didn’t agree with God, we wouldn’t be talking about Jesus and learning about Jesus.”

Once Mary was adorned with the flowers, parishioners joined in prayer, including the Litany of Loreto (Litany to Our Lady), and in singing hymns, such as “Immaculate Mary,” “Hail Mary, Gentle Woman,” and “Hail Holy Queen."

“May Crowning ceremonies are a beautiful devotion that help us connect with Mary as our mother and honor her as queen of heaven and earth. It’s a little way for us to enter into prayer and worship that’s not just in our heads. We really act out our devotion,” said Father Jack Dickinson, pastor. “Mary really is that important. She always leads us to Jesus. It’s always Mary to Jesus.”

Father Dickinson said having children play such an important role in the Crowning of Mary ceremony becomes an extension of faith formation, helping them to act out their faith and to realize how important their prayers are.

The children said they enjoyed participating in the ceremony, after which they got a hand starting their own Mary gardens.

“It was awesome because we got to sing prayers and put flowers next to Mary, and now, we get to make our own garden with flowers,” said Anna. “This was an awesome day.”

Crowning of Mary ceremonies are traditionally held at the beginning of May, because May is considered to be the month of Mary. There are two Marian feast days during the month, the Feast of Our Lady of Fatima on May 13 and the Feast of the Visitation of the Blessed Virgin Mary on May 31.  You will find additional celebrations, including Rosary gatherings, listed here. 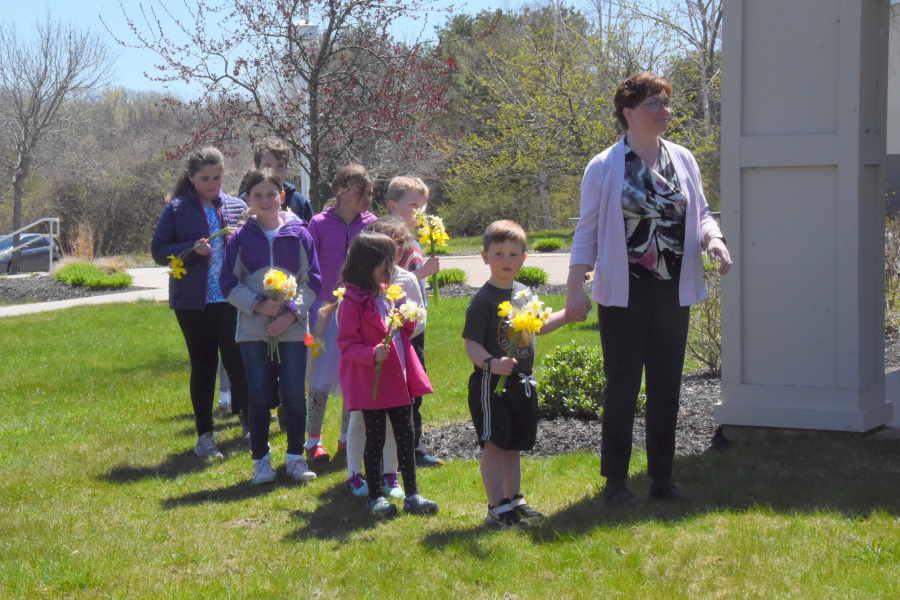 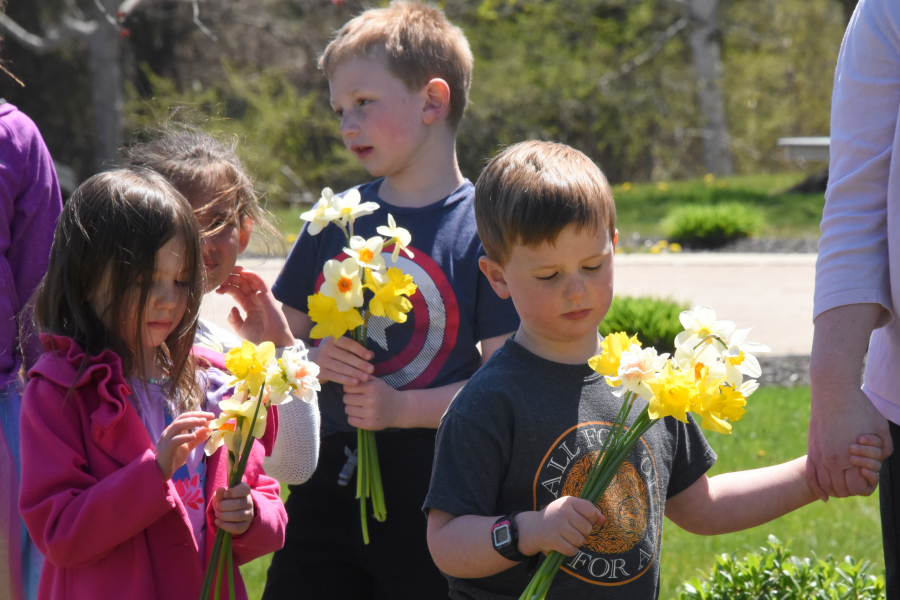 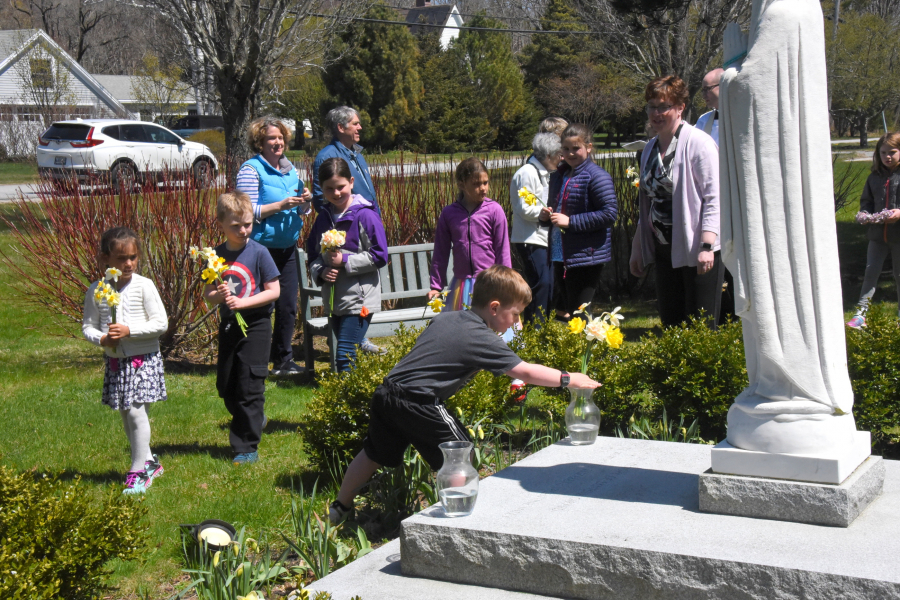 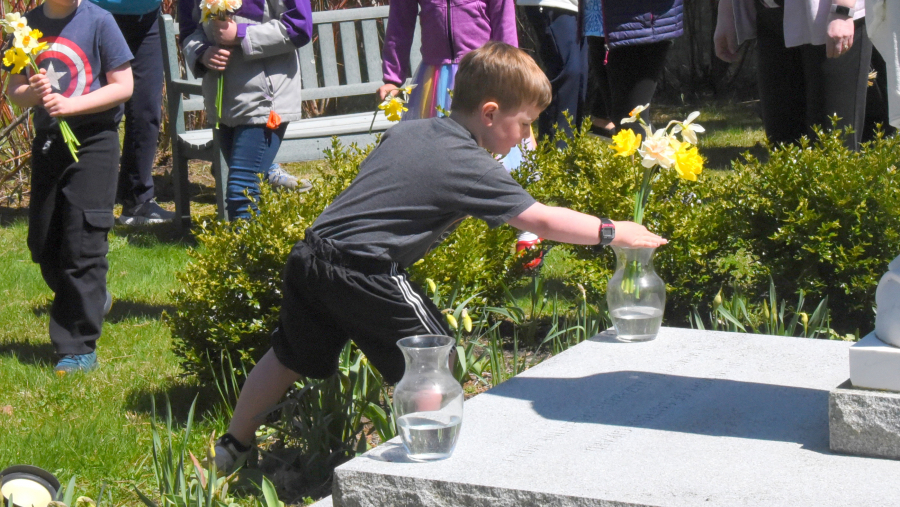 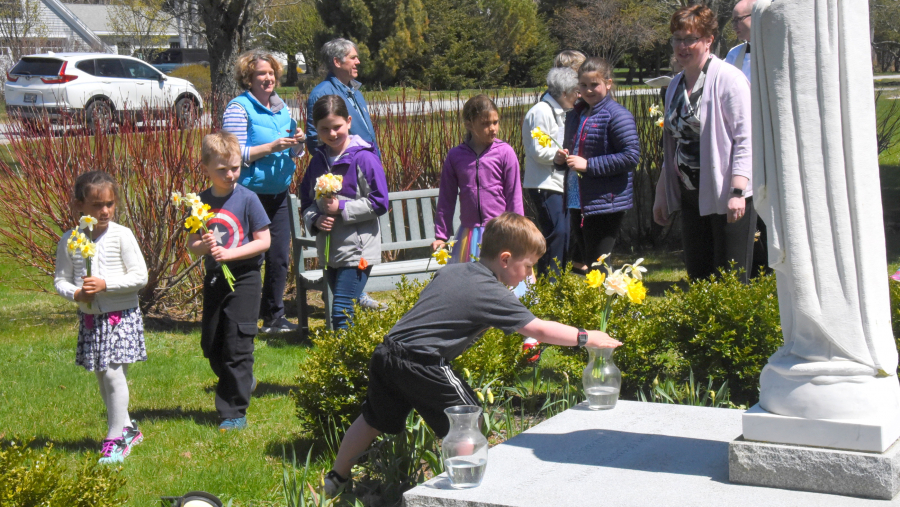 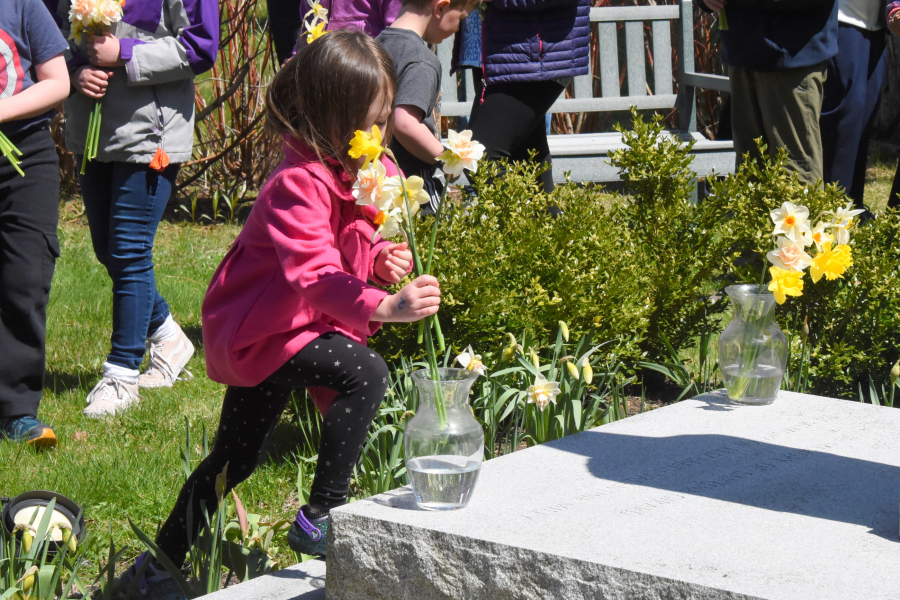 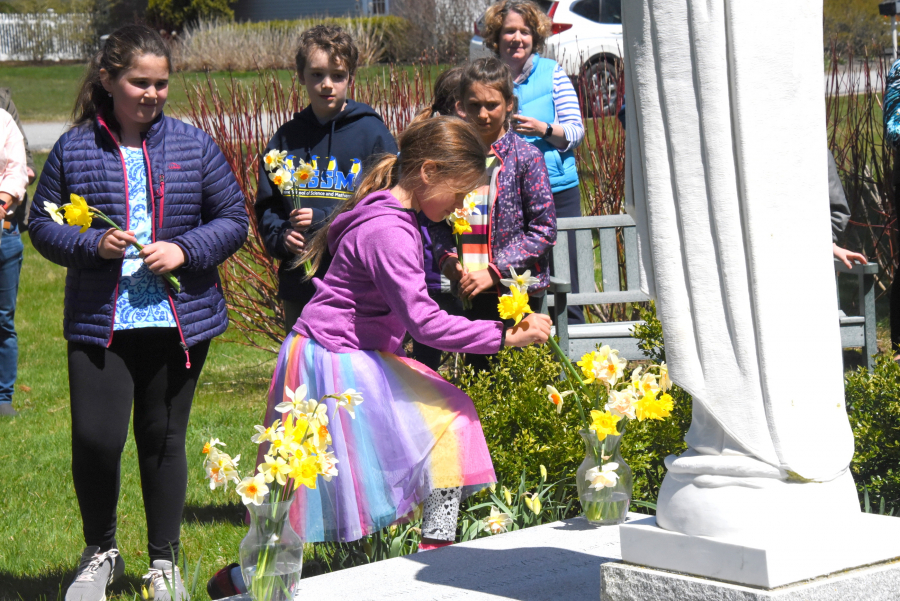 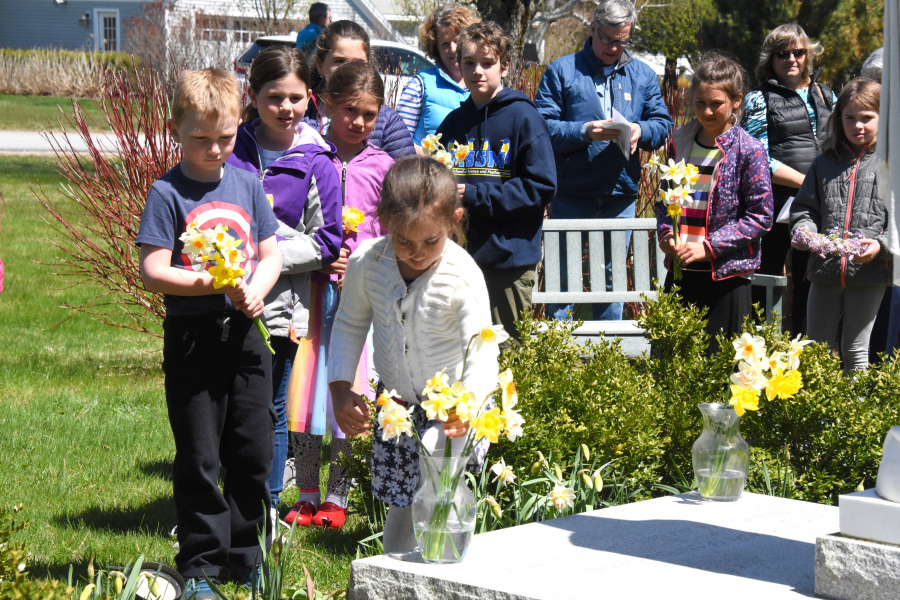 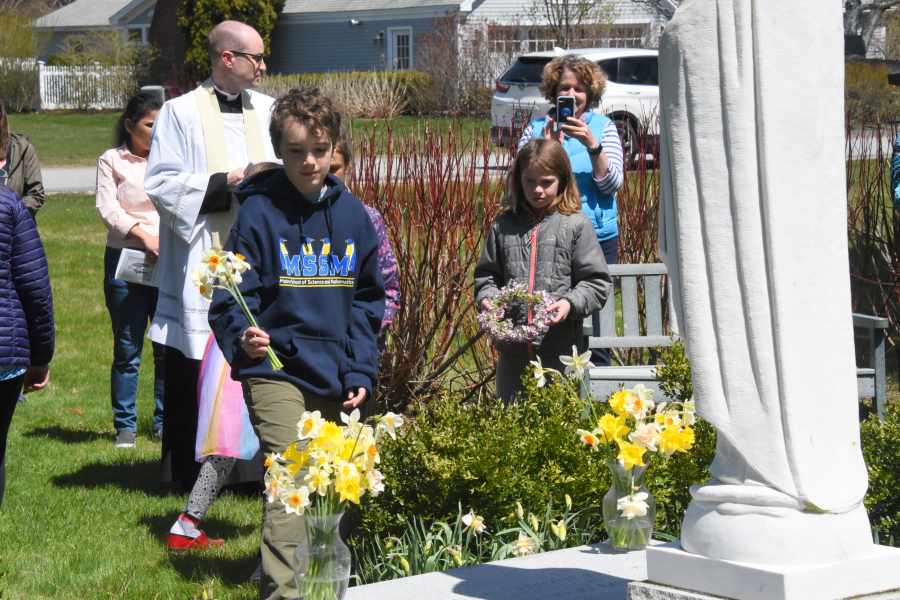 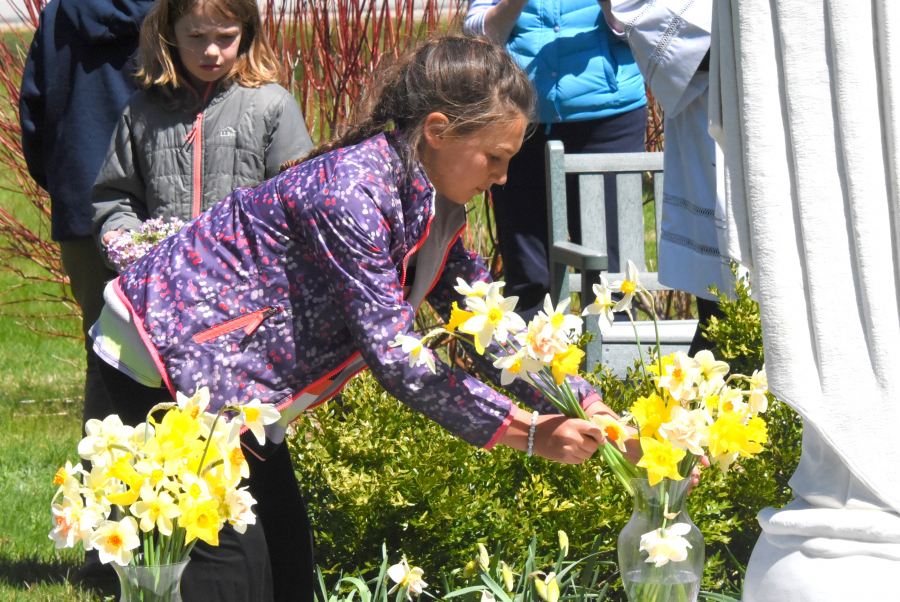 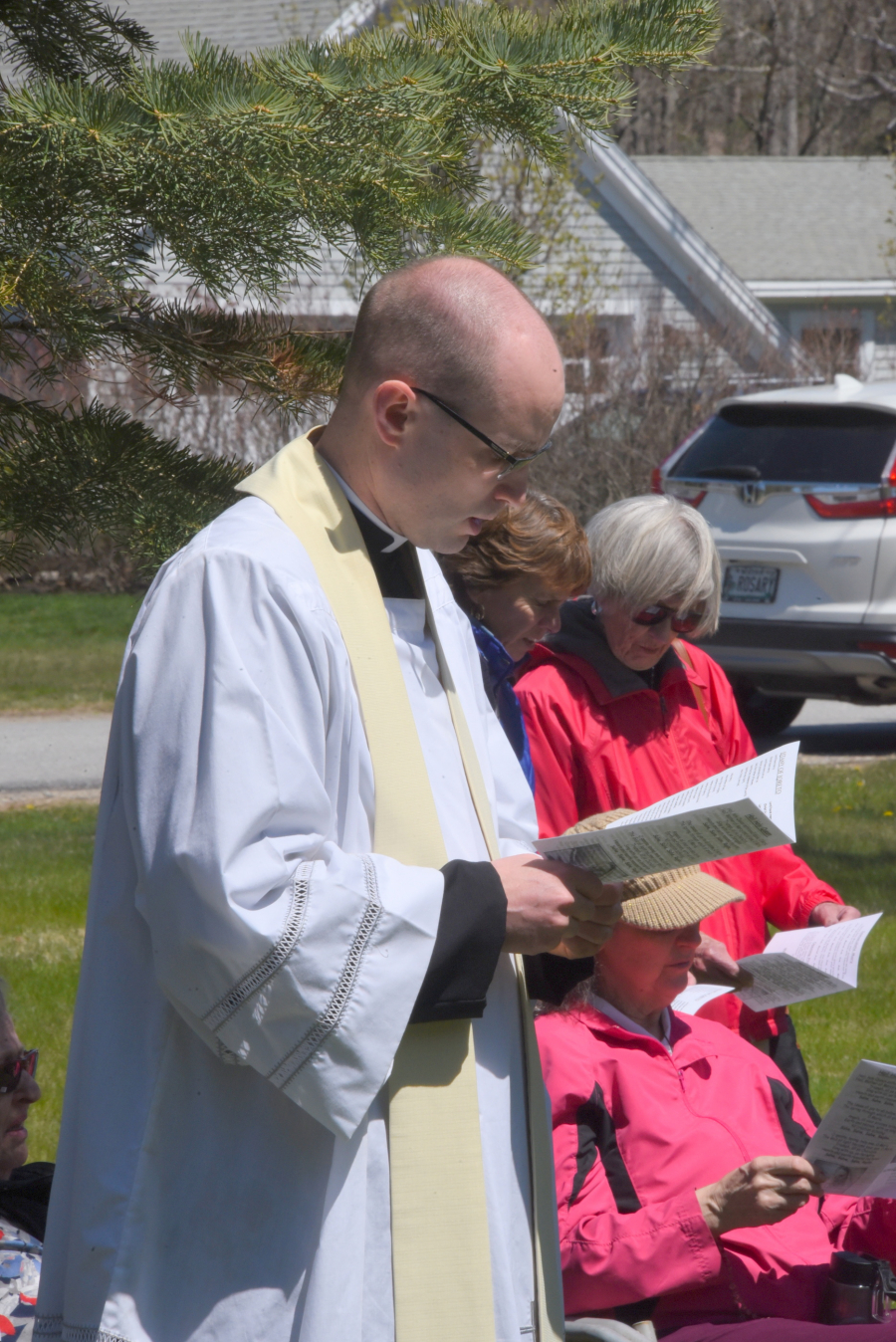 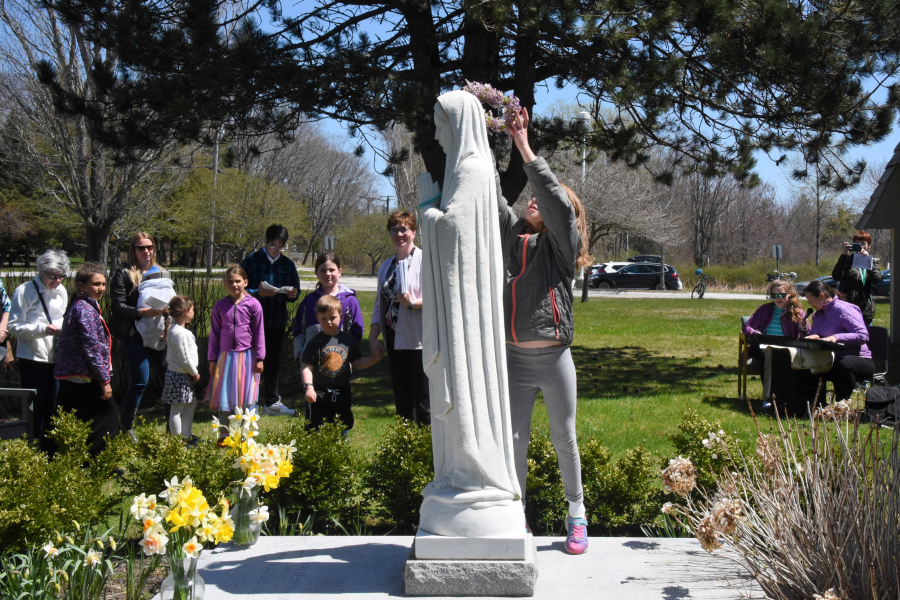 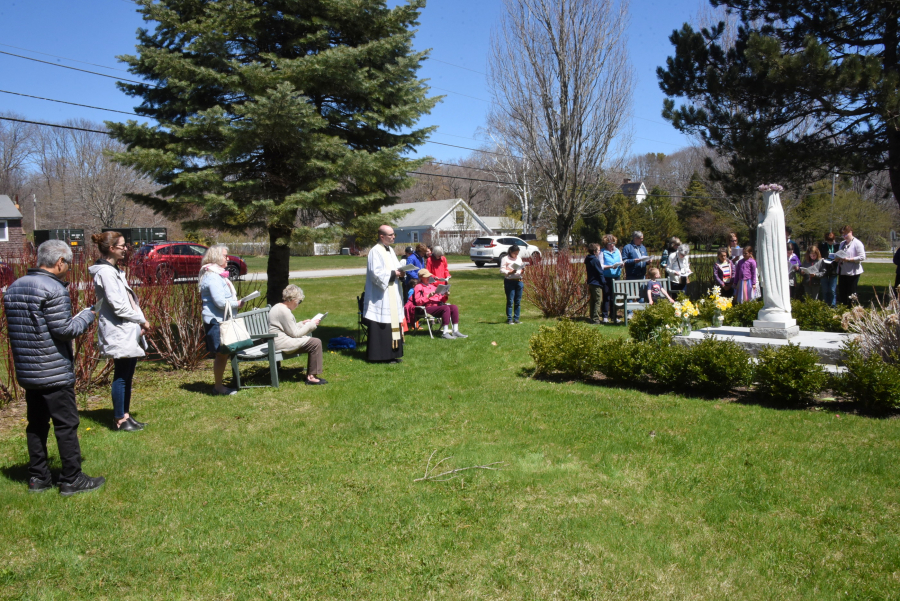 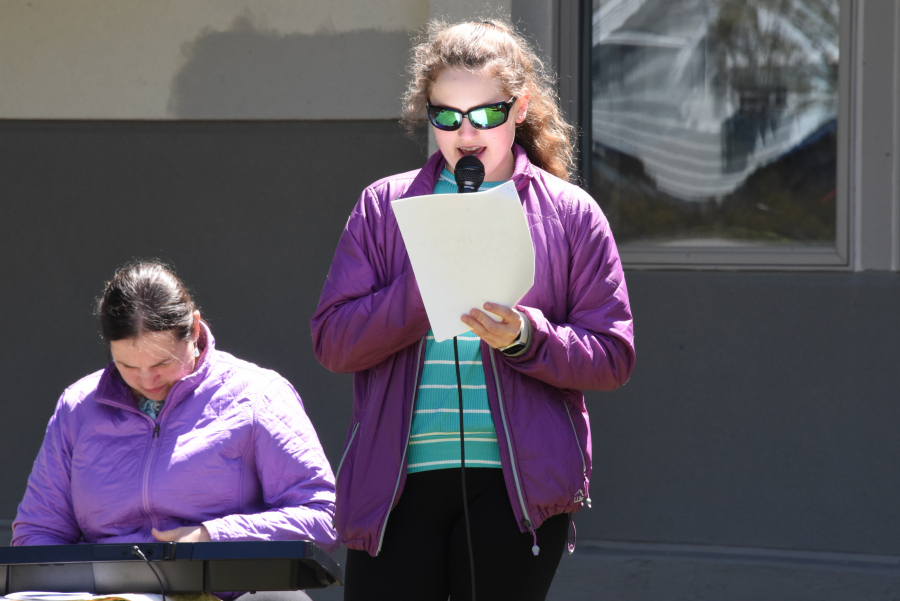 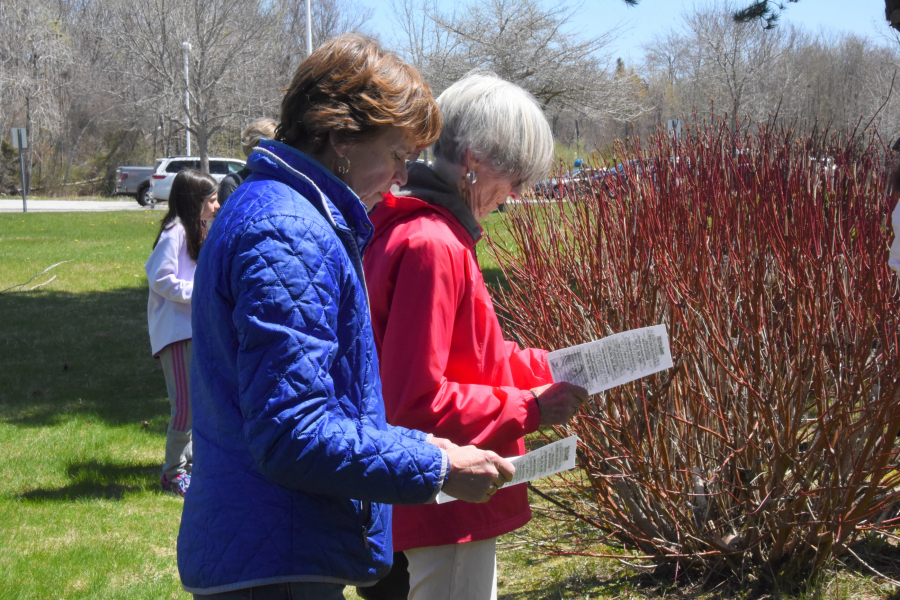 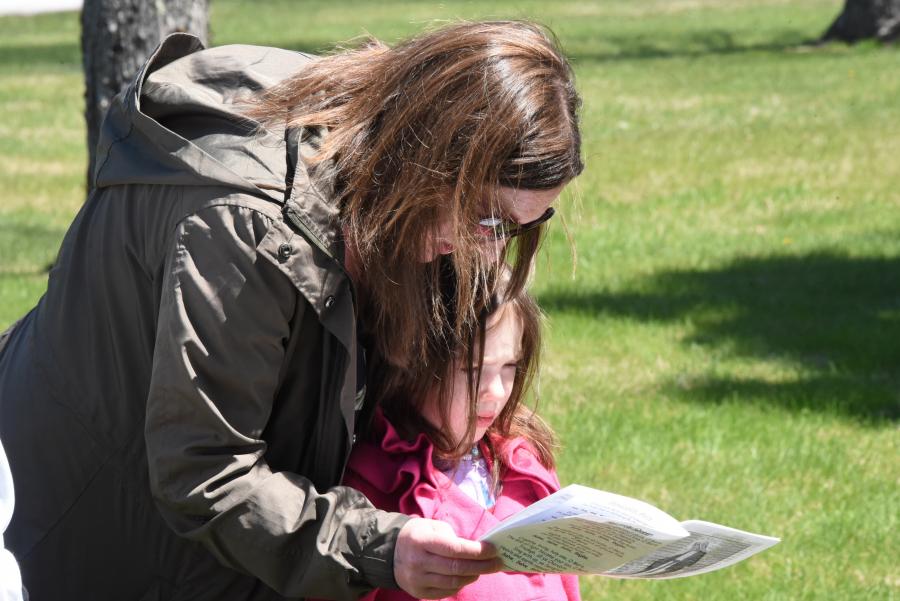 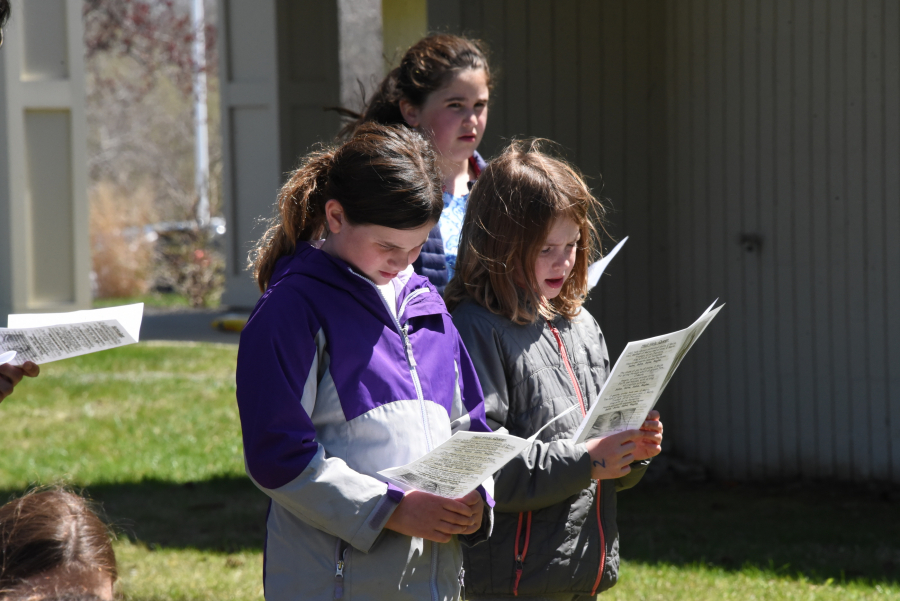 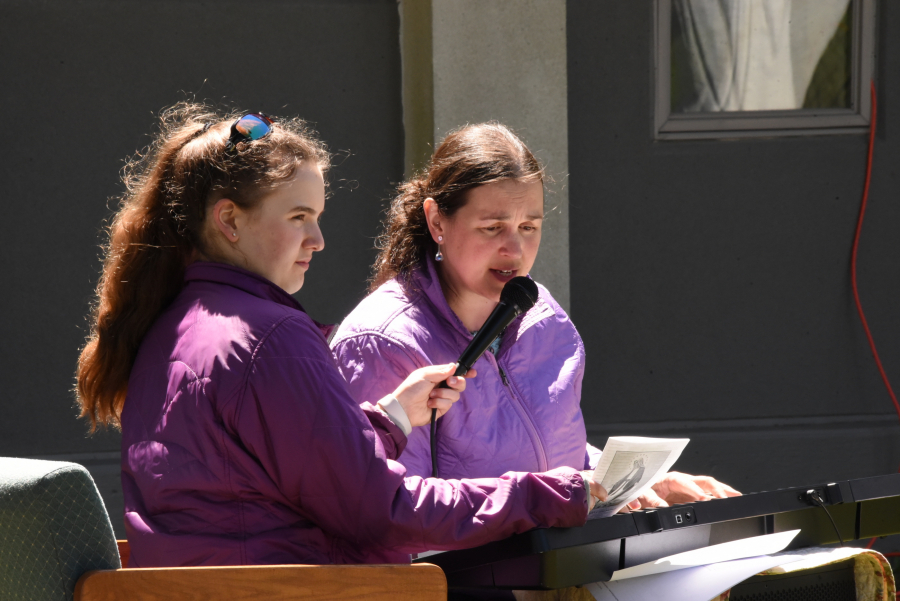 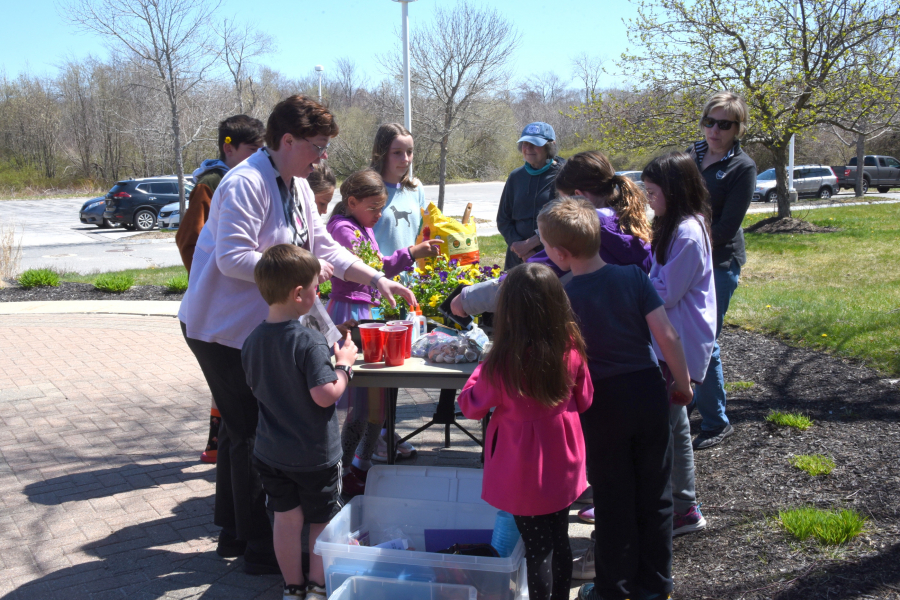