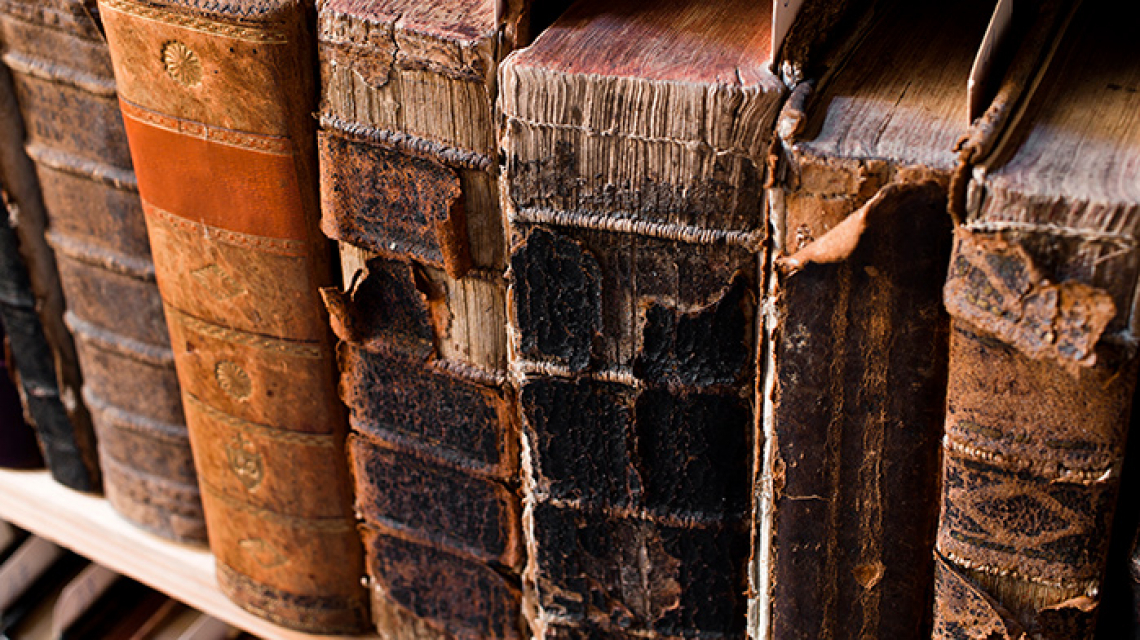 On July 29, 1853, Blessed Pope Pius IX created the Diocese of Portland, then comprising the states of New Hampshire and Maine (excluding the Madawaska region).

The origins of the Catholic community in what is now Maine date much earlier than the middle of the 19th century however. In the summer of 1604, Pierre du Guast Sieur de Monts, a Huguenot, founded a mixed colony of about 80 French Catholics and Protestants on Ste. Croix Island (also known as Dochet’s Island) in the Ste. Croix River, not far from present-day Calais. This site was abandoned the following year after about half of the inhabitants, including the priest on the expedition, died during the harsh winter of 1604-1605. Further French settlements followed on Mount Desert Island in 1613, at Castine in 1633, and at Augusta on the Kennebec River in 1646. Blessed François Montmorency Laval, vicar apostolic of New France since 1658, reported that some 200 baptisms took place at the Assumption Mission in Augusta between 1660 and 1663, a true testimony to the dedication of the Jesuit missionaries who served there and along all the major rivers of what is now the state of Maine.

Missionary activity continued throughout the 17th and early 18th century despite growing hostilities between France and England over control of the region. This armed conflict was punctuated by attacks on English settlements and Native American villages. In one of the most famous attacks, English forces destroyed the village at Norridgewock on August 23, 1724, killing scores of Native Americans, including their chiefs and Father Sebastian Rale, SJ, their devoted missionary for decades.

The American Revolution and Beyond

During the American Revolution, the scattered Native American communities in Maine were periodically visited by chaplains of the French Navy allied with the rebel cause. By 1785, Loyalist settlers from New England forced Acadian farmers in New Brunswick off their lands, causing them to flee into the Madawaska territory in Aroostook County above the Great Falls on the St. John River, planting the roots of what would become a string of parishes on both sides of the St. John River Valley. In 1798, Bishop John Carroll of Baltimore, the first bishop in the newly formed United States of America, sent the French refugee priest Jean Lefebvre de Cheverus to serve the Native Americans at Indian Island and to found what would become St. Patrick Parish in Newcastle. Parishes in North Whitefield, Eastport, Machias, and Portland followed in close succession to serve growing numbers of immigrants from Ireland. Bishop Benedict Fenwick of Boston founded a utopian Catholic farming community at Benedicta in 1834 with the hope of even establishing a college there. During the 1850’s, anti-Catholic prejudice led to the burning of the churches in Bath and Lewiston and to the tarring and feathering of Father John Bapst, S.J., by a mob in Ellsworth.

The Bishops of Portland

In this climate, the Reverend Henry B. Coskery, Vicar General of Baltimore, declined to accept the appointment as first Bishop of Portland in 1853. It was not until 1855 that the diocese’s first bishop, David W. Bacon (1815-1874) of Brooklyn, arrived in Portland at night, dressed as a layman in order to avoid a riot. During Bishop Bacon’s tenure, the first Catholic schools were established in Portland, Bangor, and North Whitefield. After a halt due to the Civil War and the destruction wrought by the Great Fire of Portland in 1866, the Cathedral of the Immaculate Conception, its chapel, and the Cathedral Residence were finally opened in 1869. In 1870, jurisdiction for the Madawaska territory, which had become part of Maine through the Webster-Ashburton Treaty in 1842, was finally transferred from the Diocese of St. John, New Brunswick, to the Diocese of Portland.

Portland’s second bishop, James Augustine Healy (1830-1900), was born in Macon, Georgia, the eldest son of an Irish immigrant cotton planter, Michael Healy and his wife, Mary Eliza Clark, a mulatto slave. James Healy was ordained as the nation's first African-American bishop on June 2, 1875, in the Cathedral of the Immaculate Conception in Portland. During his tenure, he oversaw the founding of parishes and schools for the growing number of Irish and French-Canadian immigrants. During his 25 years as Bishop of Portland, Bishop Healy founded 33 parishes, 22 schools, 18 convents, and a small number of hospitals and orphanages. Bishop Healy is remembered in particular as the bishop of children and of the poor.

In 1901, Bishop Healy was succeeded by Bishop William H. O’Connell (1859-1944) as third Bishop of Portland. During his tenure, tensions broke out between the French-speaking and English-speaking clergy and laity, tensions which marked the reign of his successor. Bishop O’Connell is remembered for negotiating a very successful diplomatic mission to Japan on behalf of the Holy See. Within a month of his return from Japan in 1906, he was named Archbishop of Boston.

Bishop O’Connell was succeeded in the See of Portland by Louis Sebastian Walsh (1858-1924), a native of Salem, Massachusetts, and superintendent of schools for the Archdiocese of Boston. Bishop Walsh’s tenure was marked by a new wave of immigrants, this time from Poland, Italy, Slovakia, and Lithuania. Vocal groups of Franco-Americans clashed with Bishop Walsh over the ownership of parish property, leading him to place six of the leading protesters under interdict. Bishop Walsh was a keen supporter of the National Catholic Welfare Conference (first founded as the National Catholic War Council) opposing the efforts of his predecessor, Cardinal O’Connell of Boston, who sought to have this first national organization of bishops suppressed by the Holy See. Bishop Walsh was an avid historian his entire life, acquiring the site of the French Capuchin mission at Castine, marking the tricentennial of the founding of Saint Sauveur mission on Mount Desert Island, and founding the Maine Catholic Historical Magazine.

Having served as Auxiliary Bishop of Hartford, Bishop John Gregory Murray (1877-1956) was named fifth Bishop of Portland on May 29, 1925. A building boom of parish churches and schools in the early years of Bishop Murray’s tenure, and the borrowing to pay for that construction, left the diocese in precarious financial health at the onset of the Great Depression. Bishop Murray found himself unable to control the diocese’s spiraling indebtedness of millions of dollars. On October 29, 1931, he was transferred to the Archdiocese of St. Paul in Minnesota where he died in 1956, much beloved for his kindness and compassion toward people of all walks of life.

Hartford once again provided Portland with a bishop in the person of Joseph Edward McCarthy (1876-1955) who succeeded to the diocese in 1932. By 1936, Bishop McCarthy had stabilized the financial situation of the diocese by issuing bonds which liquidated the entire debt by November 1963. Numerous Catholic elementary schools, high schools, and colleges opened during his tenure, which was also marked by the rigors of World War II. In 1946, the Holy See provided Bishop McCarthy with the diocese’s first auxiliary bishop, Daniel J. Feeney, a native of Portland. By 1948, the administration of the diocese fell to Bishop Feeney due to Bishop McCarthy’s declining health.

Bishop Feeney (1894-1969) succeeded to the Diocese of Portland in 1955 upon the death of Bishop McCarthy. He quickly set about celebrating the centennial of the arrival of the first Bishop of Portland. That same year, 1955, saw the ordination of 15 candidates to the priesthood for the diocese, the largest class ever in Maine. Bishop Feeney’s tenure also saw the establishment of the Christian Family Movement, the Catholic Youth Organization, and the predecessor agencies of Catholic Charities Maine. He attended all four sessions of the Second Vatican Council and initiated the diocese’s participation in the nascent ecumenical movement.

In 1966, Peter Leo Gerety (1912- 2016) of the Hartford Archdiocese was named the Coadjutor Bishop of Portland with right of succession to assist Bishop Feeney in the implementation of the Second Vatican Council. Under Bishop Gerety’s direction, a number of new parishes were founded in the suburbs of the metropolitan areas of the state. The first diocesan capital campaign was held, and the Bureau of Human Relations Services, precursor to Catholic Charities Maine, became a state-wide agency for the first time. The declining numbers of religious sisters made it impossible for dozens of Catholic schools to remain open. On the other hand, the diocese opened its first units of low-income elderly housing in Portland and in Waterville during Bishop Gerety’s tenure. After eight years in Maine, Bishop Gerety was appointed Archbishop of Newark in 1974.

That same year, Bishop Gerety’s auxiliary bishop, Edward C. O’Leary (1920-2002), succeeded to the diocese after also having served as a much-appreciated pastor and chancellor. Amedée Wilfred Proulx (1932-1993), a native of Sanford, became Bishop O’Leary’s auxiliary bishop in 1975, the first Franco-American to serve in this capacity. During Bishop O’Leary’s tenure, the Church in Maine experienced both an increase in population and a decline in the number of priests, leading to the first planning process to manage these trends. A sister diocese relationship was initiated with the Diocese of Nassau in the Bahamas. The diocese joined the Maine Council of Churches. Bishop O’Leary appointed women for the first time to positions of leadership in the Office of Catholic Schools, the Diocesan Tribunal, and the Chancellor’s Office. Like Bishops Healy, Walsh and Feeney before him, Bishop O’Leary took frequent public stands on a number of social issues of importance to the Church, notably pro-life issues. Bishop O’Leary retired for reasons of health in 1988.

Portland’s tenth bishop, Joseph J. Gerry, O.S.B. (1928- ), was installed February 21, 1989, having served as Auxiliary Bishop of Manchester, New Hampshire, for three years, and as Abbot of St. Anselm Monastery for 14 years prior to that. During his tenure, Bishop Joseph published roughly one pastoral letter per year, treating such topics as vocations, the Sacrament of Confirmation, and human sexuality. An increasing number of parishes began to share a pastor, and new parishes in Old Town, Lisbon, and Waterville, for example, were founded by the consolidation of two or more existing parishes. The revelation of the sexual abuse of minors by Catholic priests in decades past shocked the residents of the state in 1993, 1998, and 2002 into 2003.  The crisis led to the establishment of the first Diocesan Review Board in 1993.  Guidelines and processes were put in place to assist victims and survivors, as well as the accused.

With the death of Bishop Proulx in November 1993, the Diocese of Portland was without an auxiliary bishop until the episcopal ordination of Sanford native Michael R. Cote (1949- ) in July 1995.  He was appointed bishop of Norwich, Connecticut, in 2003.

Moving into a new century of faith

In 1997, after an exhaustive consultation process, the sacrament of confirmation began to be conferred at the same time as the celebration of first Eucharist. The first permanent deacons were ordained for the service of the local church. In 1999, voters turned down a referendum advocated by the diocese which would have prohibited partial-birth abortion. In 2000, voters narrowly defeated a measure permitting physician-assisted suicide which the diocese had vigorously opposed. A major renovation of the Cathedral of the Immaculate Conception was completed in 1999 in time for the diocesan observance of the Great Jubilee of the year 2000. The high point of the diocesan jubilee year was a Eucharistic Congress, held at the Augusta Civic Center, which drew thousands. A new Saint Dominic Regional High School opened in January 2002, realizing a long-held dream of its alumni and supporters. In February 2004, the retirement of Bishop Joseph was accepted by Pope John Paul II upon having reached the age limit of 75. In February 2004, Bishop Richard Malone was named the 11th Bishop, and a decade later, in February 2014, Bishop Robert P. Deeley, JCD, was installed as the 12th Bishop of Portland.

In November 2003, a new history of the diocese entitled The Catholic Church in the Land of the Holy Cross: A History of the Diocese of Portland, Maine was published by Les Éditions du Signe of Strasbourg, France.