Maine is the only New England state with a Catholic history rooted deep in the colonial period.

As early as 1604, years before the Pilgrims arrived in this country, the first missionaries arrived in what is now Maine as part of an attempt to colonize the new territory.

The state is filled with the memories of the arrival of the first Franciscans, Capuchins, Jesuits, priests of the foreign missions, and the priests of the Diocese of Quebec who ministered to the spiritual needs of the Native Americans and French traders here.

In the summer of 1604, Pierre du Guast Sieur de Monts, a Huguenot, founded a mixed colony of about 80 French Catholics and Protestants on Ste. Croix Island (also known as Dochet’s Island) in the Ste. Croix River, not far from present-day Calais. Although the settlement was later abandoned, a chapel was built there, and the first Christmas Mass celebrated there in 1605. The group included Samuel de Champlain, who would later travel along the mid-Maine coast as far as Georges River.

The Jesuits established the first French mission in America in 1613 on Mount Desert Island. Although the exact spot of the mission isn't known, it is believed by many to be on Fernald Point.

St. Patrick Church in Newcastle is the oldest standing Catholic Church north of New York. It was blessed by Fr. Jean Louis Cheverus in 1808. The historic church still contains the altar used by Father Cheverus, one of the original benches used by parishioners, and a bell cast by Paul Revere. Although a more modern and larger church was built adjacent to it, the original church is still used for the celebration of daily Masses and special occasions.

Originally founded in 1818, the current church dates back to 1833, making it the second oldest Catholic Church in New England after St. Patrick, Newcastle. Father Dennis Ryan, pastor of St. Patrick Church, also contributed to the founding of St. Denis.

St. Ann Church on Indian Island is the oldest continuous site of Catholic worship in New England. The original church was built in 1688 after members of the Penobscot Nation traveled to Canada to request that a priest come to live among them in their village. The first church was burned by the British in 1723. The current church was built between 1828-1830, making it the third oldest Catholic church in Maine. The church includes a painting of Jesus' crucifixion which was crafted by a Native American artist using all-natural ingredients. The painting is known to be at least 200 years old.

Established in 1830 to serve the growing Irish-American immigrant population, it was the first Catholic parish in the City of Portland. At the time it was built, the church dominated the city's skyline. The parish merged with Sacred Heart Church in 1997 and the building is now home to the Maine Irish Heritage Center. http://www.portlandcatholic.org/

The Cathedral of the Immaculate Conception, Portland (1869)

The Cathedral of the Immaculate Conception was built by Bishop Bacon, first Bishop of Portland. It was designed by Patrick C. Keeley. Work on the Cathedral was first delayed by the Civil War and later by the great fire that swept through Portland on July 4, 1866. That fire destroyed the episcopal residence, the elementary school, the girls' academy and a convent. Faced with a shortage of funds, Bishop Bacon traveled throughout the Northeast and into Canada to raise money to build the Cathedral. Tours of the Cathedral are offered. Call 207-773-7746. http://www.portlandcatholic.org/

The Basilica of Ss. Peter & Paul is Maine's largest church and the second largest in all of New England sitting approximately 2,200 people in the main church building. The church is a tribute to the dedication of French-Canadian immigrants who completed it despite having to overcome The Great Depression. The upper church was completed on July 18, 1936. It was completely restored during the 1990s. The title of Minor Basilica was conferred by the Holy See on October 4, 2004.

Bishop James Augustine Healy was consecrated as Bishop of Portland on June 2, 1875, becoming the second bishop of Portland. He was known for his extensive social work and for overseeing the expansion of Calvary Cemetery. Bishop Healy was the first African American bishop in the United States.

Father Rasle was a French Jesuit missionary priest who preached and lived among the Abenaki people. This monument is located on the site where Father Rasle was martyred in Norridgewock, Maine.

Gov. Edward Kavanagh was known as a defender of Catholic Rights and was Maine's first Catholic Governor. The Kavanaugh House was built in 1803 in Damariscotta, Maine, and underwent renovations in 2022. 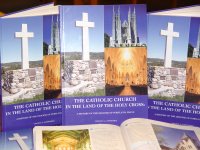 A limited number of copies of the Catholic Church in the Land of The Holy Cross, published in 2005, is available for purchase for $15. 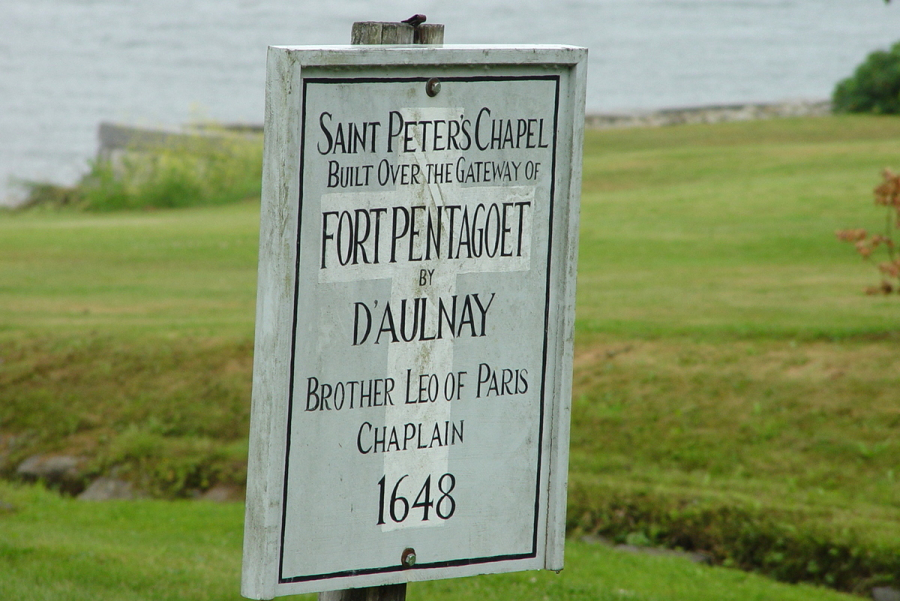 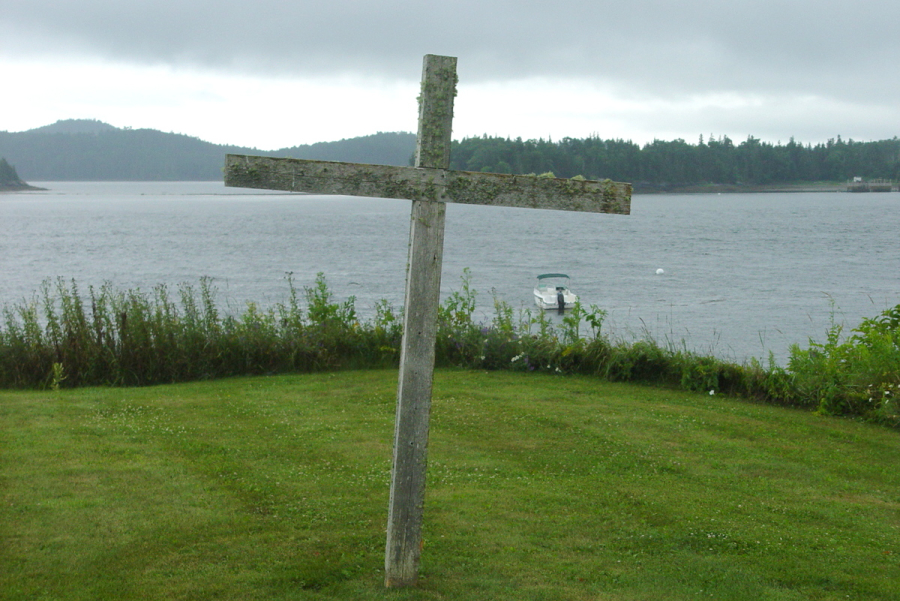 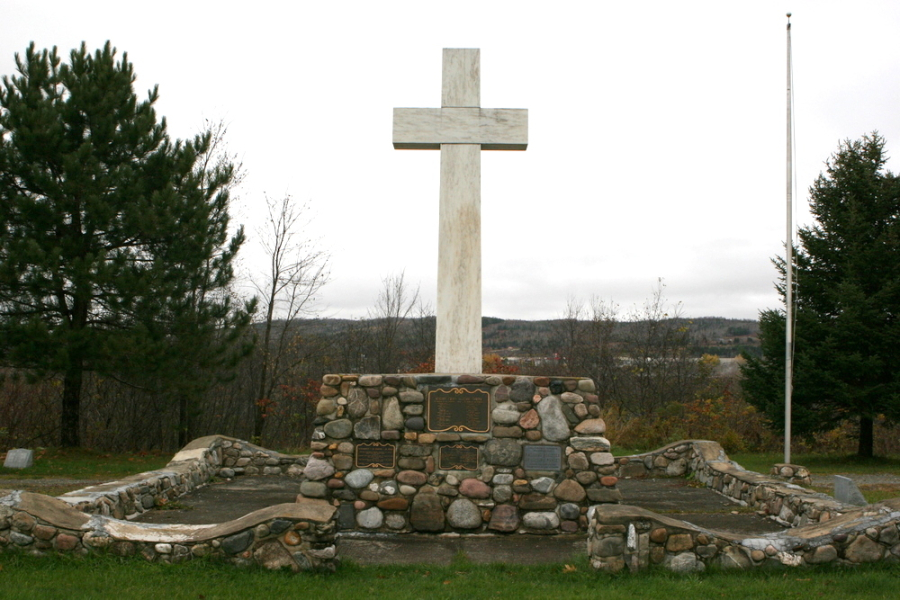 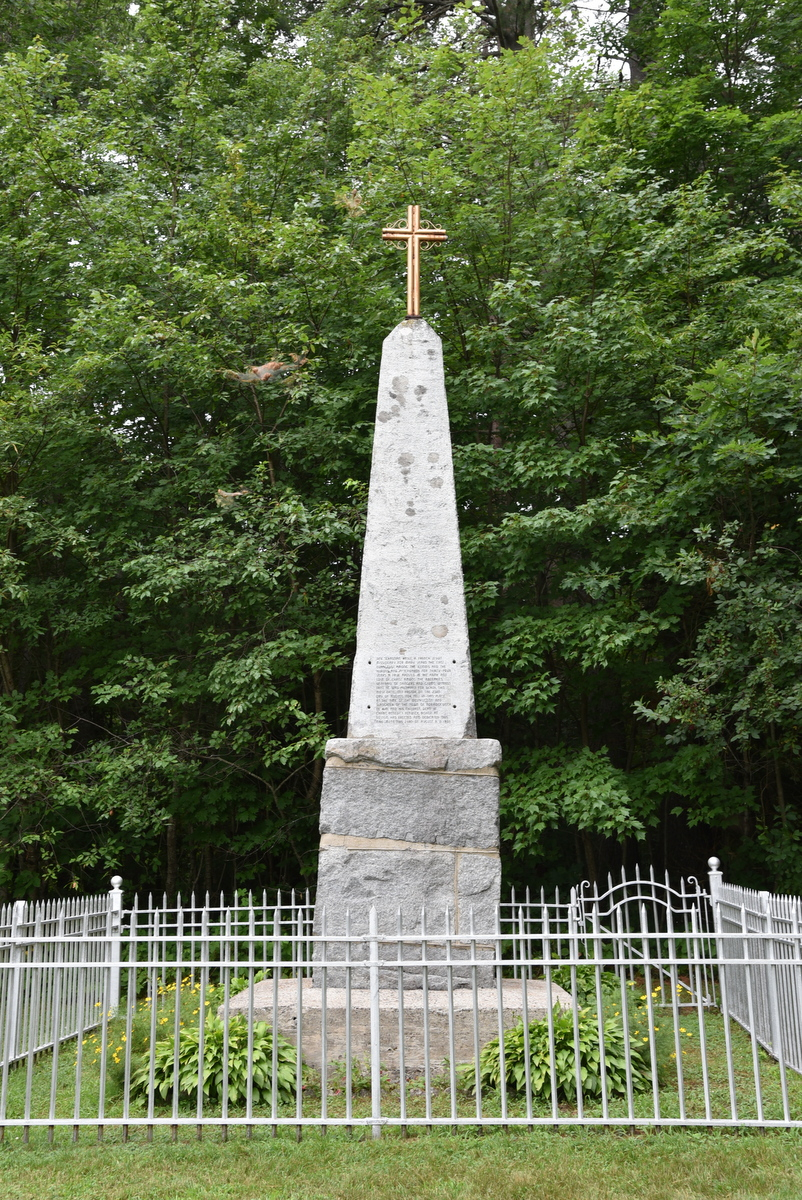 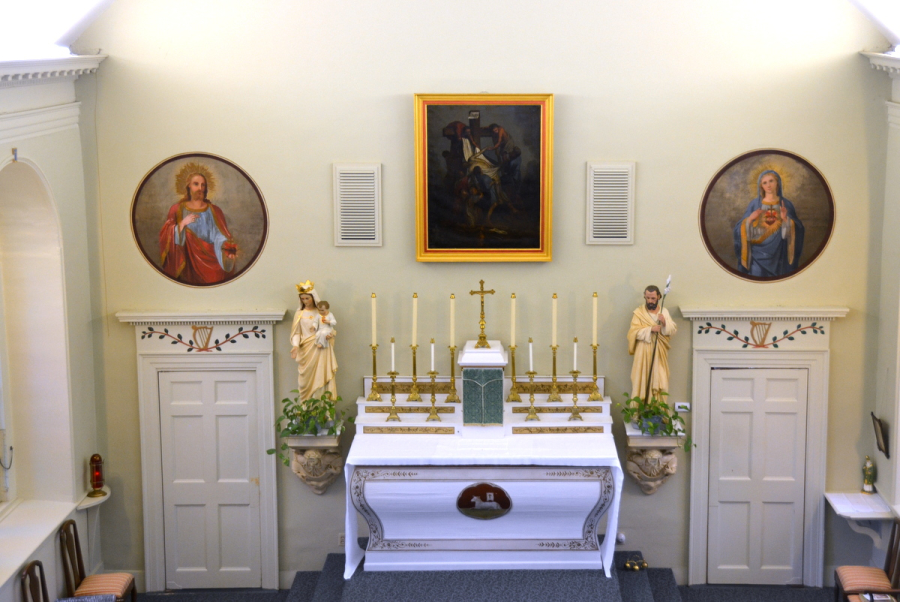 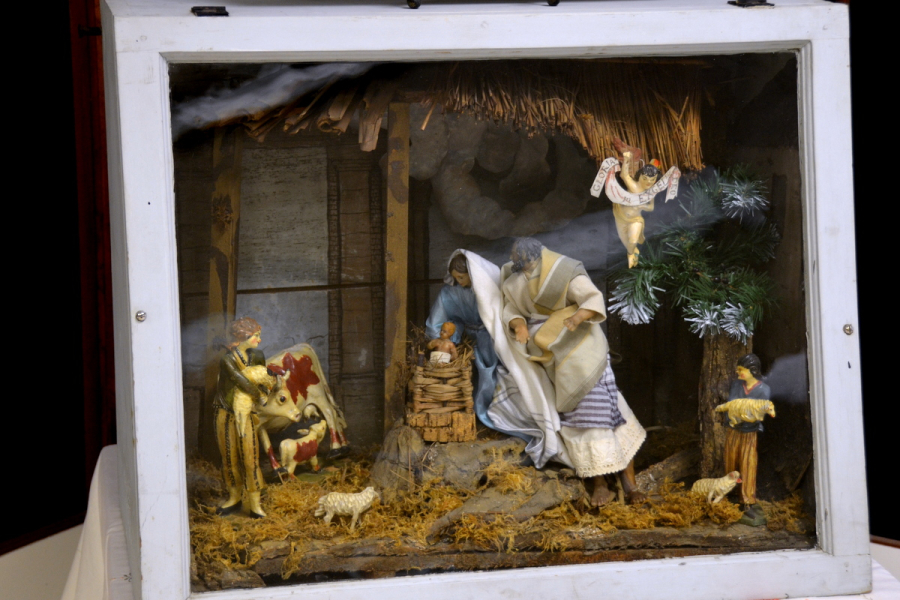 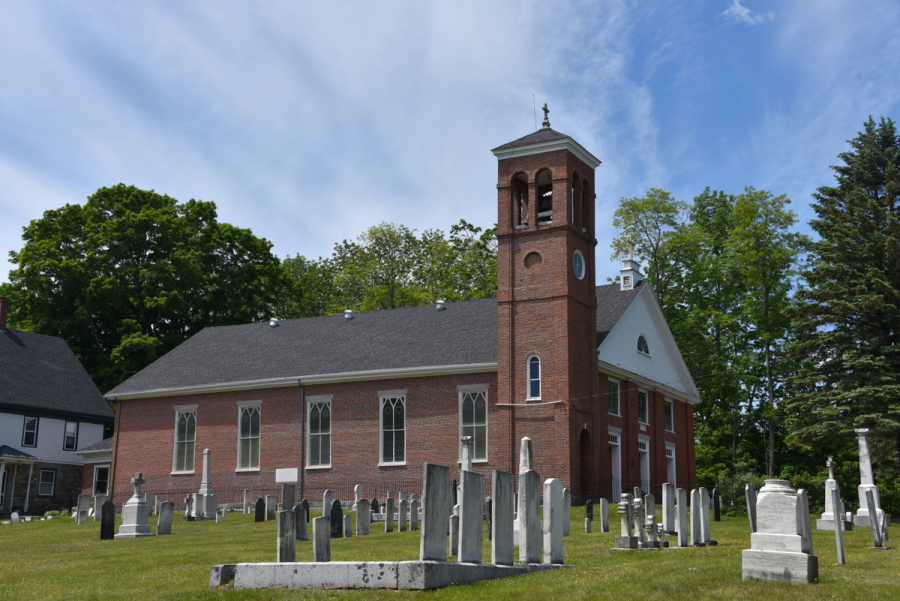 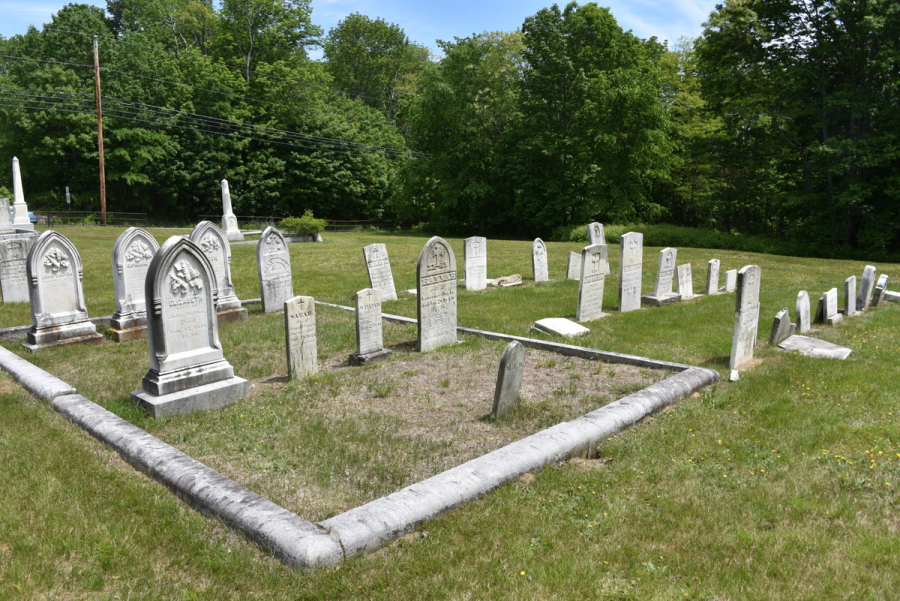 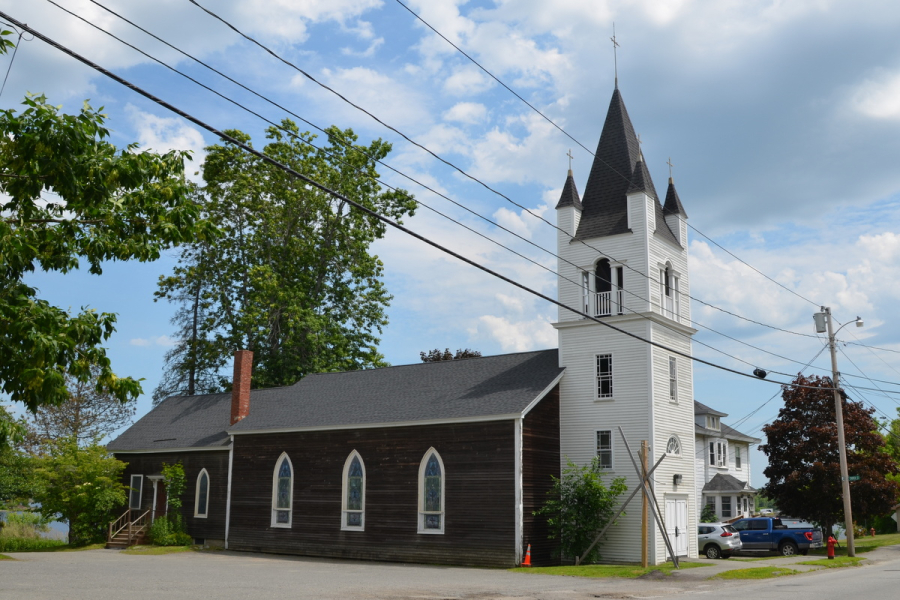 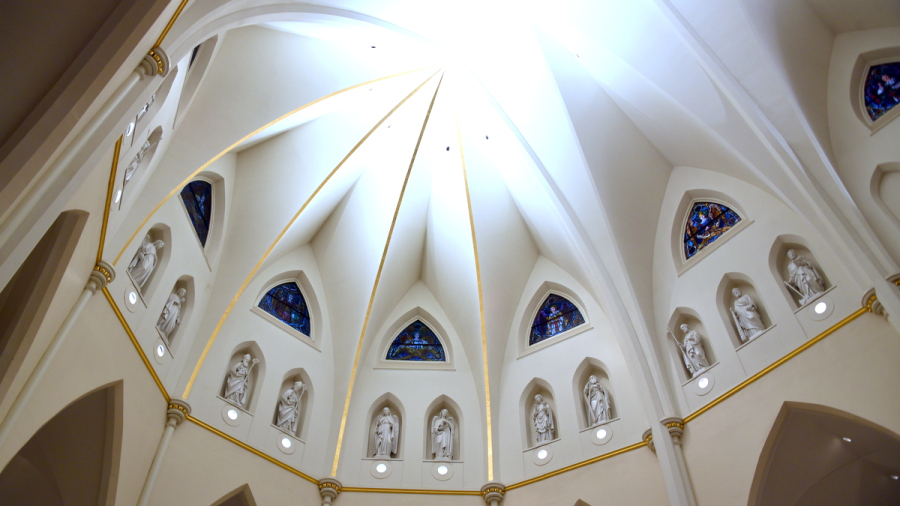 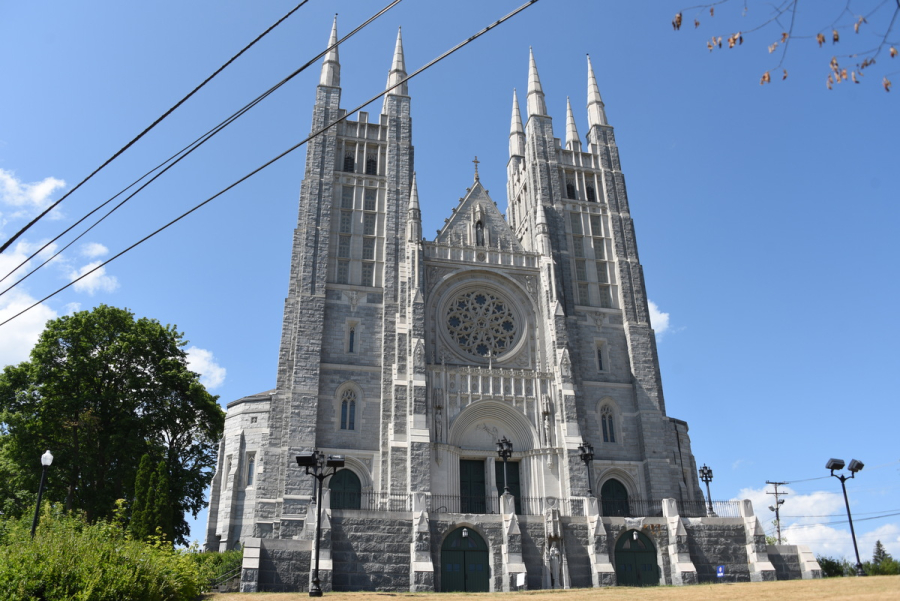